Shepherd of the Hills Fish Hatchery is the biggest trout-raising office worked by the Missouri Department of Conservation. It is found six miles southwest of Branson on Highway 165 just beneath Table Rock Dam. The incubator delivers somewhere in the range of 350,000 and 400,000 pounds of trout every year. Both rainbow and darker trout are raised at the incubation center with 80 percent of creation going into Lake Taneycomo. The rest of the fish is loaded into other Missouri trout administration regions. Development of the incubation facility started in 1957 and generation of trout in 1958 with the finish of Table Rock Dam by the U.S. Armed force Corps of Engineers. This dam made a huge, profound lake that differs in water temperature from surface to base. The water close to the base remains cool, averaging 48 degrees Fahrenheit all year. Amid hydroelectric age, this chilly water is discharged into Lake Taneycomo. In spite of the fact that the chilly water discharge caused the loss of the local warm-water fishery, it made the perfect condition for trout, a fish that flourishes at bring down water temperatures. 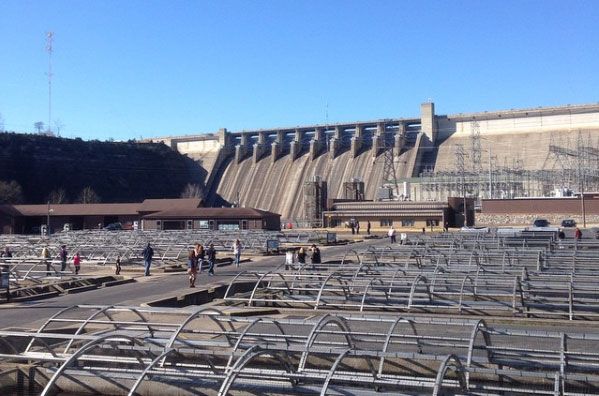 The incubation facility incorporates a free protection focus, where general society can take in more about trout culture, amphibian life, angling and the Missouri Department of Conservation’s part in aquatic resource administration. Its hours are: September through May: 9AM- 5PM Open Tuesday through Saturday. Shut Sunday, Monday and all state occasions. June, July, August: 9AM- 5PM Open seven (7) days seven days. Closed all state holidays.

Closed on all holidays.

Shepherd of the Hills Trout Hatchery