College of the Ozarks

Mission
The mission of College of the Ozarks is to provide the advantages of a Christian education for youth of both sexes, especially those found worthy, but who are without sufficient means to procure such training.

Vision and Goals
The vision of College of the Ozarks is to develop citizens of Christ-like character who are well-educated, hard-working, and patriotic.

To achieve this vision, the College has Academic, Vocational, Christian, Patriotic and Cultural goals. Even as College of the Ozarks has evolved through secondary and junior college stages to the present four-year liberal arts institution, the fundamental goals of our no-tuition college have remained the same.

Academic Goal
To provide a sound education, based in the liberal arts.

Vocational Goal
To promote a strong work ethic, encouraging the development of good character and values.

Christian Goal
To foster the Christian faith through the integration of faith with learning, living, and service.

Patriotic Goal
To encourage an understanding of American heritage, civic responsibilities, love of country, and willingness to defend it.

Cultural Goal
To cultivate an appreciation of the fine arts, an understanding of the world, and adherence to high personal standards.

History of the College
College of the Ozarks is a fully accredited, Christian, liberal arts college located just outside Branson, Missouri. Founded in 1906 by Presbyterian minister Reverend James Forsythe as a high school called The School of the Ozarks, the institution became a junior college in 1956 before becoming a four-year bachelor’s program in 1965. It has been called College of the Ozarks since 1990.

The institution provides the opportunity for full-time students to work at one of more than 100 campus jobs or industries to help pay for part of their cost of education. The remaining portion of the students’ expenses is covered through scholarships provided by gifts and contributions from donors who believe in and support the programs and policies of the College. These student work programs and donor contributions allow C of O to operate as a no-tuition college. 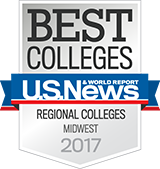 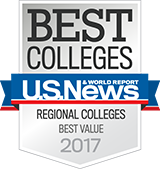 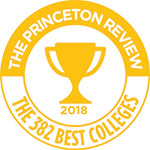 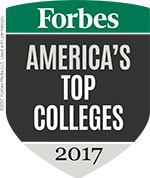 College of the Ozarks